A major component of the senior class capstone project was the use of data art, more specifically data collection. The senior class aimed at compiling an accurate representation of Harrisonburg High School students to reflect the intuitions’ ethnic and artistic diversity. The class agreed the best way to do this was through the use of a simple random sample, and by applying additional essential statistical concepts. Students consulted AP Statistics teacher, Dave Rush, in an attempt to most effectively, and accurately collect the needed data.

The students began with a list of every student currently enrolled at Harrisonburg High School, which was estimated to be around 2,000 students. The list was in alphabetical order by last name, and the class used a systematic sampling method in increments of every 10th student on the list. The purpose being to gather a group of 200 students in order to meet the criteria of the sample size being less than 10% of the school’s population, also known as the Independent condition, which requires that a data sample size maintain a sample size less than 10% of the total population in order to follow a normal distribution. The independence requirement is important in order to ensure that the data will follow a normal distribution, and can be applied to the entire student body. Once the sample of students had been collected, the next step was contacting and requesting the selected students to complete the survey. Students were contacted via email. In order to respect privacy, all responses were anonymous. 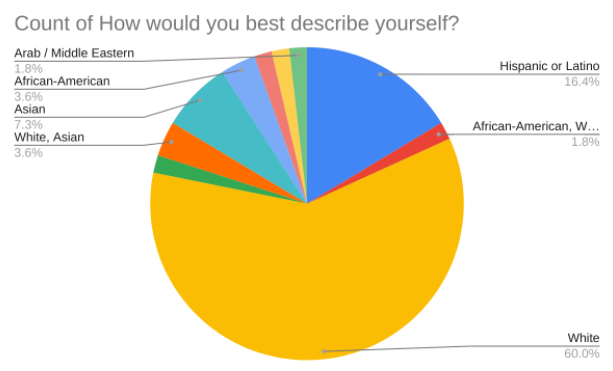 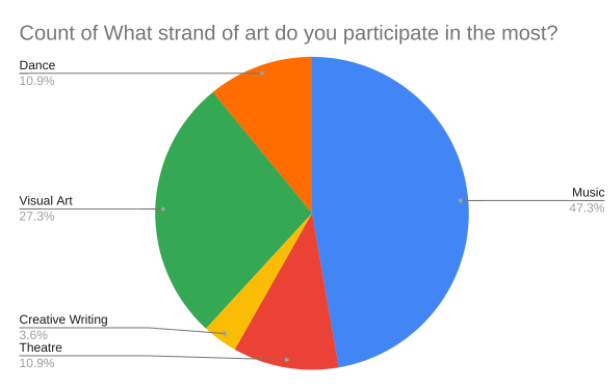 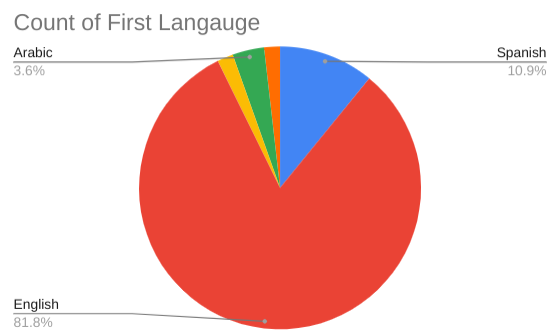 The class had difficulty in collecting the necessary number of responses. To combat this the class reached out to teachers, created a video, and advisory slide in an effort to receive more responses. Seniors sent out an additional sample of 200 randomly selected students using the same method. Seniors also sent out multiple emails, and spoke to students directly in order to minimize the amount of nonresponse. The sample that is currently reflected in the sculpture consists of 55 student surveys. Fortunately, the independence component can still be applied because the sample size is less than 10% of the schools’ student population. The senior class notes the potential bias and inaccuracy of the data due to the nonresponse variable. Comparable to the true student enrollment population proportion: 50.2% Hispanic, 39.1% White, 10.8% Black, 4.0% Mulit-Racial, and 3.1% Asian.

The seniors would like to give a special thanks to Dave Rush, and Danielle Brino for all their help in the data collection portion of the capstone project.